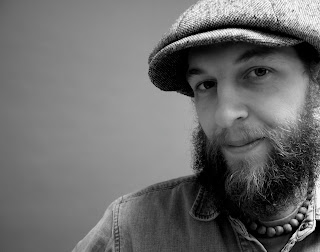 [ROOTS] For the past 20 years, Chicago-born Jeremy Sole has been making beats since the MPC 60 was born, deejaying since rotary crossfaders were the standard, and playing clubs since he was too young to (legally) get in. As a teenager, Sole's underground loft parties were packed with sweaty bodies - a culture clash at the birth of Hip Hop and House music. He matured as a turntablist in Jazz, Dub and experimental hybrid bands before the phrase "Acid Jazz" confined that sound. The rich Chicago history of Blues, Jazz, Disco and Funk were all part of his upbringing, and like a true music lover Jeremy has always reveled in the place where they all blend together. “When I was young, I spent many a night in the alleys behind blues clubs, listening to cats like Buddy Guy through the air vents. Those same nights I would be mixing with legendary Disco deejays at our downtown loft parties." Since then his obsession grew to include music from around every corner of the world.
[EVENTS] As Co-Founder and resident deejay of AFRO FUNKÉ, Sole and his partners produce the event that, over the past 7 years, continues to bring a diverse mix of loyal fans together each week at the Zanzibar in Santa Monica. Blending Afrobeat, Funk, Reggae, Latin, Brazilian and Deep House rhythms; Afro Funké has hosted hundreds of international guest performers over the past 5 years, from Rich Medina and DJ Spinna to impromptu jam sessions with Zap Mama and Stevie Wonder playing over Sole's DJ sets. Every week is a future memory. Sole, along with Cut Chemist, is also a monthly resident at FUNKY SOLE, LA's longest-running rare Funk night thrown by Music Man Miles of Breakestra fame. Venturing deeper with his friend DJ Wiseacre, Sole has recently gone back to his roots, throwing "theLIFT" - monthly, all-night, RSVP-only loft parties at random locations throughout Los Angeles.
[ROSTER] Jeremy has had the honor of sharing the stage and/or the studio with hundreds of his deepest inspirations, including Sly Stone, Roy Ayers, Ben Harper, Tony Allen, DJ Krush, Stevie Wonder, War, The Meters, Chaka Khan, Seu Jorge, The Greyboy Allstars, Antibalas, Fat Freddy's Drop, Lee "Scratch" Perry, Joe Bataan, Quantic and many more. He was the last DJ to open for Ray Charles, and had the distinct honor of mixing at the California Democratic Party's Election Night Celebration at the exact moment when Barack Obama officially became our 44th President. Over 20,000 people were in attendance.
[KCRW] In April 2006, Sole spent months making music with Lauryn Hill. The first words she said after hearing him DJ was "Have you ever thought about getting into radio? because THIS is the music that the people need to hear". Exactly one year later Anne Litt from KCRW called, asking him that exact same question, and now 3 years later you can still catch Sole on 89.9 KCRW (or worldwide at kcrw.com), Wednesdays, midnight-3am. You can also dig the archived shows at http://www.kcrw.com/jeremysole 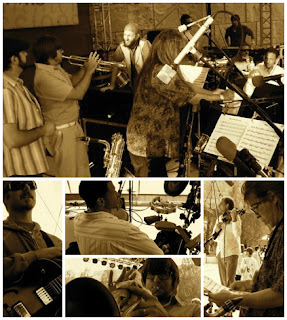 [MUSAICS] As a musician and producer, Sole uses the word "Musaics" as both an artist alias and a conceptual approach; sampling seemingly unrelated world rhythms and sounds from old records, writing original music utilizing his 9-piece ensemble, and juxtaposing it all as a form of mosaic music. Sole has pulled together his dream team of musicians including members of The Lions, Quantic Soul Orchestra, Mayer Hawthorne, Build an Ark and many more projects. With Jeremy on MPC, turntables and guitar, they keep an experimental-yet-steady groove that hybridizes elements of Afrobeat, Cumbia, Spiritual Jazz and dubbed-out dancefloor beats. In his own personal productions, Sole has done official remixes for Afrobeat heir FEMI KUTI, DAVID BOWIE, NATURAL SELF, BROWNOUT, QUANTIC to name a few.
www.facebook.com/jeremysolefamily